IGAD Election Observation Mission To The 2021 Presidential Elections In Djibouti

By Lucas TusiiimeNovember 17, 2021No Comments

8 April 2021 (Djibouti-Ville, Djibouti): At the invitation of the Ministry of Foreign Affairs and International Cooperation of the Republic of Djibouti, the Intergovernmental Authority on Development (IGAD) today deployed an Election Observation Mission (EOM) to observe the Presidential Elections to be held on April 9, 2021 in the country. An advance team of the Election Observation Mission arrived in Djibouti on 2 April to engage with relevant stakeholders and handle logistical arrangements for the main Observation Mission that arrived on April 5. The Observation Mission is composed of 16 Observers led by Hon. Siraj Fegessa who is the Former Minister of Defense of the Federal Democratic Republic of Ethiopia and Director of IGAD Peace and Security Division. “IGAD is happy to be invited to observe the 9 April 2021 Djibouti presidential elections as part of its broader efforts of promoting democracy, good governance, credible elections and respect for human rights. IGAD remains committed to work alongside the government of Djibouti in the promotion of democracy and good governance,” said Mr. Fegessa. The Head of the IGAD Observer Mission has met with officials of the Ministries of Foreign Affairs and Interior as well as the Independent National Electoral Commission and the National Assembly. He has also conferred with Heads of International Election observer missions from the African Union Commission, the Arab League and the Organisation of Islamic Conference. In addition, he is set to met with the Presidential candidates and other stakeholders. The IGAD Election Observation Mission today officially deployed its observation team in the districts of Ali Sabeh, Arta, Tajourah and Djibouti City. The Election Observation Mission deployed to these areas will be in a team of two observers each to cover the poll opening, polling, poll closing and counting and tallying stages of election process. IGAD will subsequently release a preliminary report containing the findings of the short-term election observation mission. IGAD Member states are Djibouti, Eritrea, Ethiopia, Kenya, Somalia, South Sudan, Sudan and Uganda. 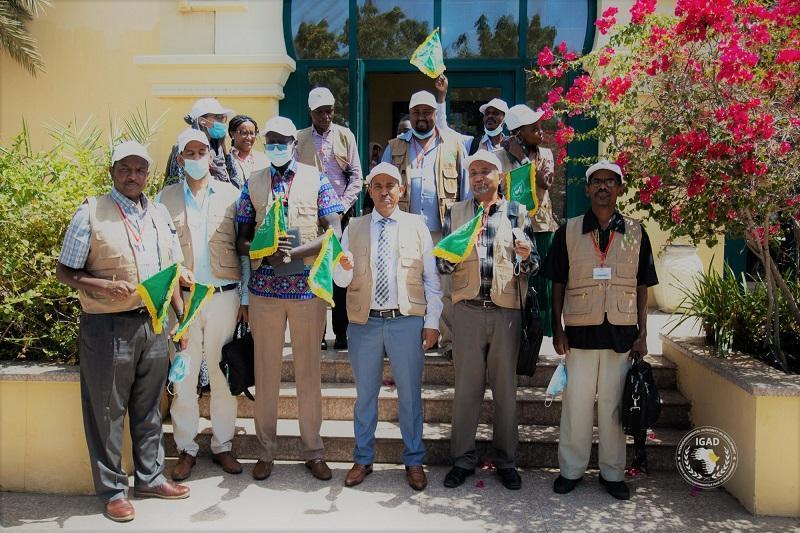