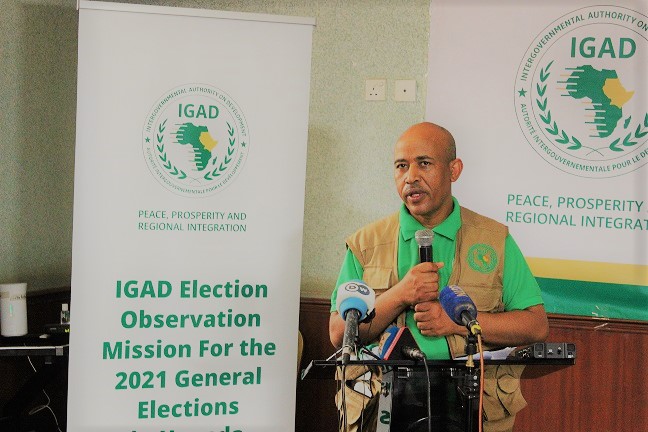 IGAD Election Observation Mission for the 2021 General Elections in Uganda

11 January 2020 (KAMPALA, Uganda): In response to the invitation extended by the Electoral Commission of the Republic of Uganda, the Intergovernmental Authority on Development (IGAD) deployed an Election Observation Mission (EOM) to observe the General Elections to be held on 14 January 2021 in the country.

The Head of the Observation Mission, in accordance with the terms of reference that has been prepared by the IGAD Secretariat based on the African Union Election Observation Guidelines, met and held talks with various stakeholders on the election process. On 8 January, he met with the Chairperson and the Commissioners of the Electoral Commission of Uganda.

The IGAD Observers Teams will convene in Kampala after the counting process upon which a preliminary report will be prepared and released on a date to be advised soon.

IGAD Electoral Observations Missions are deployed to contribute to enhancing democratisation processes in the region.