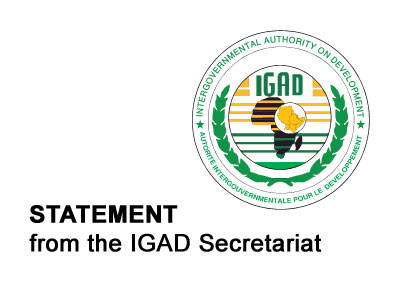 IGAD Election Code of Conduct and Guidelines for Election Observation

IGAD – Addis Ababa. The Peace and Security Division (PSD) of  IGAD Secretariat,  through the Political Affairs Program conducted a Workshop from 11-13 February, 2013 in Addis Ababa, Ethiopia. The objective of the workshop was to validate the draft studies   on IGAD Election Code of Conduct and Guidelines for Election Observation, prepared by Dura Vida Elections consultants.

One the main responsibilities of the Political Affairs Program( PAP) is to contribute towards the prevalence of peace and security in the IGAD Region through preventive diplomacy with main focus on democracy, governance, election and human rights.

Conducting training programs on election observation and facilitation of member states participation in the observation of one another’s elections so that they would be able to learn from one another’s best practices are some of the strategies that the Program is promoting to preempt or at least minimize the possibility of conflicts from emerging due to  or related to elections.

Hence, as per the invitation extended to the Secretariat by the relevant authorities of the respective Member States, the Political Affairs Program has since 2008, facilitated IGAD Member States participation in the observation of the Presidential election in the Sudan, the referendum in South Sudan, the referendum on the Constitution of Kenya, the Presidential Election in Djibouti and the election in Uganda,

The necessary preparations are currently in place to observe the Djibouti parliamentary elections on the 22nd February and the Kenyan presidential, parliamentary and local elections  on the 4th of March, 2013.

The 45th Ordinary Session of the IGAD Council of Ministers, held in July 2012,in Addis Ababa, Ethiopia, while commending the activities undertaken so far in the area of election observation instructed the Secretariat to develop its own Code of Conduct and Guidelines for Election Observation.

Accordingly, the Political Affairs Program prepared Term of Reference (TOR) and recruited a consultant to develop an IGAD Code of Conduct and Guidelines for Election Observation based on the AUC code of conduct and guidelines .

The consultant developed the requested documents and the workshop was organized for member states to consider and validate the draft documents. Accordingly, the participants thoroughly deliberated on the draft studies and validated both the IGAD Election Code of Conduct and the Guidelines on Election observation.

The workshop was attended by representatives of all IGAD Member States.