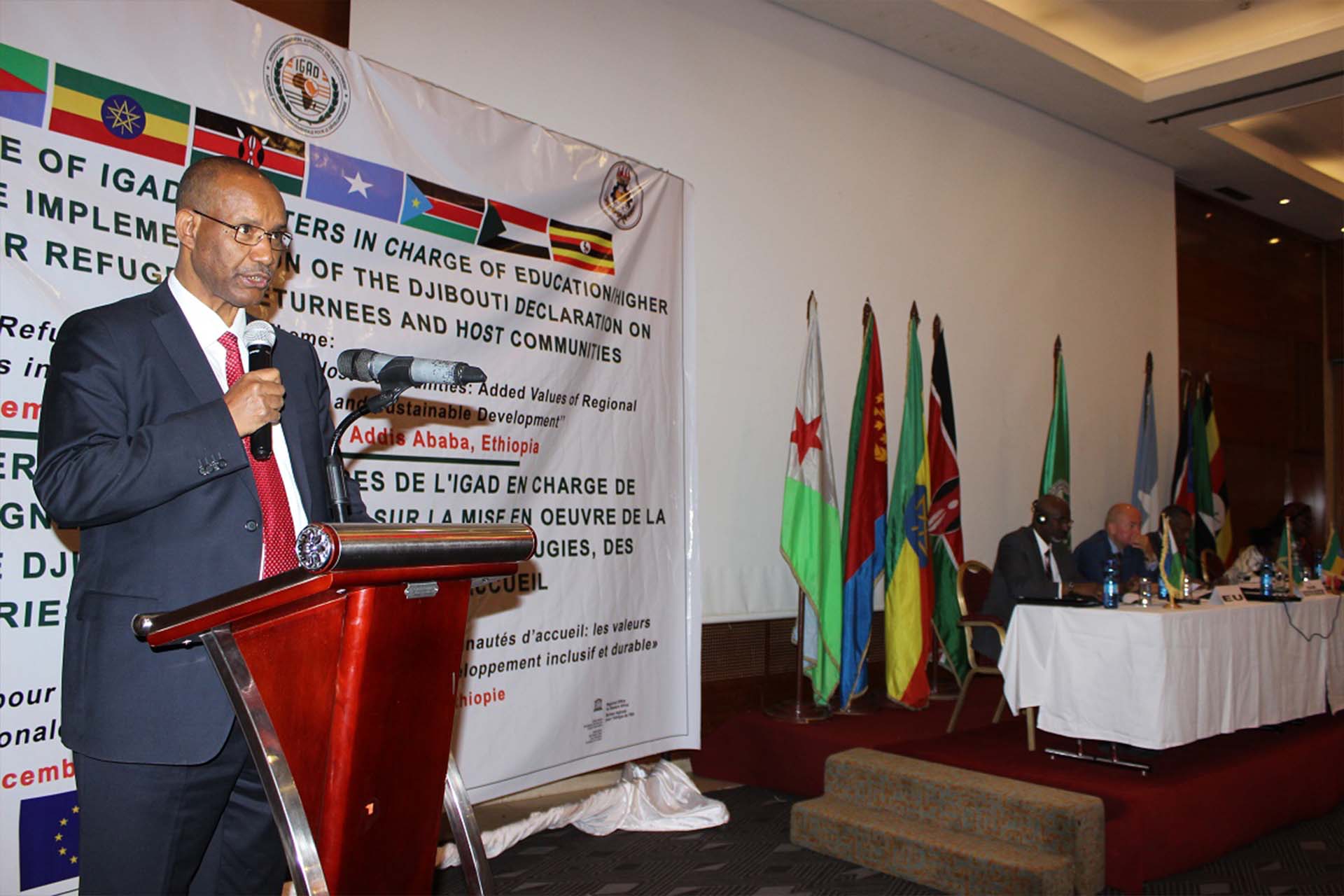 Dec. 06, 2018, DJIBOUTI (Djibouti): Ethiopia Federal Minister of Education, H.E. Dr. Tilaye Getie, today presided over the “Second Conference of Intergovernmental Authority on Development (IGAD) Ministers in charge of Education/Higher Education on the Implementation of the Djibouti Declaration on Education for Refugees, Returnees and Host Communities” in Addis Ababa.

This theme underscores that education is not only a fundamental human right enshrined in national constitutions and regional as well as global legal/policy instruments. While individual member state assume greater responsibilities in providing access to education for their citizens, IGAD continues to play complementary and subsidiary roles in the process of harmonization, coordination, and sharing of best practices. Moreover, IGAD gives special attention to refugees, cross-border mobile populations and hard-to-reach host communities which require all-rounded support in getting social development services including health and education.

In his opening remarks, Dr. Getie noted that education was a fundamental human right and “one of the single most important tool for sustainable development, peace and sustainability”. “It is in this light that education of refugees, internally displaced people, returnees and host communities should be treated”, he said. He called on his counterparts to intensify efforts and advocate for “the commitment of a multi-year, predictable funding” for refugees education.

IGAD Executive Secretary emphasized that “refugee education being a cross-border issue,” the regional approach had irreplaceable roles to play. He urged “all our member states and partners to accelerate the implementation of the commitments made last year in Djibouti and the one being made here in Addis today”. The Executive Secretary also recognized the contributions of the Government of Germany (GIZ), the European Union Commission, UNHCR, UNESCO.

Among the officials who took the floor during the opening session were the Minister of National Education and Vocational Training of Djibouti, the African Union Commissioner for HRST, the Head of the European Union Delegation to Djibouti, UNESCO Regional Director, UNHCR Representative for Ethiopia, and IOM Chief of Mission to Ethiopia.