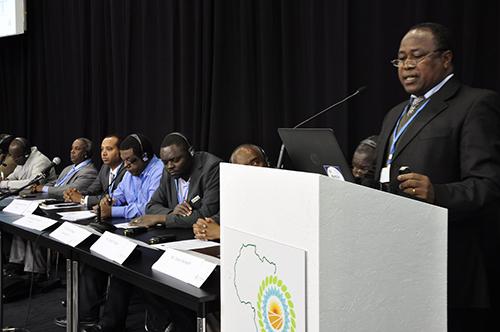 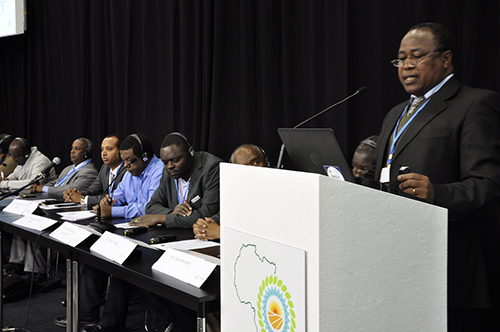 The theme developed by IGAD CPAC staff were on “IGAD Regional Climate Change Strategy (IRCCS)” and the “Impact of the 2015 El Niño in the Greater Horn of Africa”  at the UNFCCC COP21.

The IGAD region has been identified as one of  the most vulnerable region in the world to climate variability and change. Most of the member countries in the region are least developed and their economies are highly climate sensitive. on the other hand the region is endowed with immense natural resources including diverse climate, rich biodiversity, water, soil, agricultural land and culture.  Climate change will enhance the intensity and frequency of extreme weather and climate events. The IGAD region is already experiencing the adverse impacts of the current El Niño in terms of drought in the northern sector and floods in the equatorial sector.

The panelist were drawn from ICPAC, African Union Commission, UNFCCC Focal Points from IGAD Member States and ACMAD.  The mandate of IGAD and mission of ICPAC were provided, the progress made in formulating IGAD’s regional climate change strategy, its approach, opportunities and challenges highlighted and the impacts of the 2015 El Niño in the region were also provided.

The panelist and participants at the side event provided inputs on what was missing and need to be included in the draft IGAD Climate Change Strategy including and not limited to migration, inter-linkages with other Institutions, lack of data as well as youth and gender among others.

Mr James Kongoti, Director Kenya Meteorological Department  who moderated the side event concluded by saying the following “Those who don’t acknowledge climate change, are committing crime against humanity”.