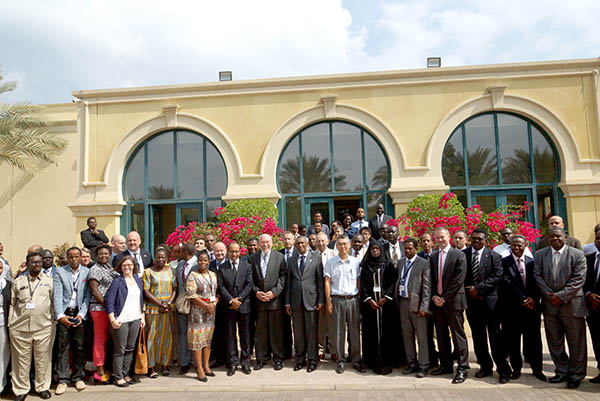 The IGAD Center of Excellence for Preventing and Countering Violent Extremism (P/CVE) organised a two day workshop in Djibouti to validate two key IGAD documents that underpin IGAD’s efforts to counter violent extremism in the region.

The workshop brought together P/CVE experts from the region together with international partners who critically looked at the document laying out the regional P/CVE strategy and the document on the establishment of the IGAD Center of Excellence which has been created as a platform for institutionalizing P/CVE work in the region.

The regional P/CVE strategy is meant to guide the region to address the challenge of violent extremism in a more collaborative and cooperative manner.

The workshop was opened by the Secretary General, Ministry of Djibouti Foreign Affairs Djibouti, Mr. Mohamed Ali Hassan, who urged the countries of the region to implement the regional strategy step by step to ensure that it becomes a reality.

He underscored the significant support extended to IGAD by the governments of the USA, Australia and Japan and commended the work hitherto done by the team at the IGAD Center which he said should play a key role in implementing the strategy.

“We must work to give the Center a solid foundation, therefore we have to address the issue of the Center’s sustainability,” he commented.

Mr. Simon Ridley, who represented the UNDP, a key funder of the development of the regional strategy, also acknowledged the critical role played by IGAD in the process and said the strategy sets out common benchmarks for the region on how to counter violent extremism. He thanked the governments of Sweden, Holland, Australia and Japan for their support for the strategy.

The workshop was also addressed by the US ambassador to Djibouti and Ethiopia, Amb. Mark Bouleware, who said the US government, is committed to partnering with the people and governments of the region to keep building capacity to counter violent extremism.

“The US is proud of the work done together with IGAD and is committed to supporting the IGAD Center to see their work succeed,” he commented.

The EU ambassador, Amb. Ada Kulach described the establishing the IGAD P/CVE Center as timely adding that the Center is a unique institution that has the potential to address violent extremism in a manner appropriate to the region. He assured IGAD that the EU will look at ways of supporting the Center.

Amb. Kulach also commended the role being play women in Djibouti and called for more global support for women, stressing that “women provide the lifeline to their families so we must do more to empower them.”

The Charge d’Affaires at the embassy of Japan in Djibouti, Mr. Hidekazu Nagasawa, whose government has also financially supported the regional strategy, said the strategy is an important contribution to efforts to tackle violent extremism and a demonstration of concrete steps being taken following the TICAD 6 conference in Nairobi which addressed peace and security issues in Africa.

The ambassador of Australia in Djibouti, Amb. Mark Sawers, urged all stakeholders in CVE to involve the youth in CVE initiatives and to ensure that CVE is a bottom-up approach that involves civil society. He said Australia was happy to be part of the IGAD forum and congratulated the countries of the region for coming up with a regional strategy. Australia is one of the co-funders of the strategy.

Participants at the workshop were welcomed by the Executive Secretary of IGAD, H.E Amb. (Eng) Mahboub Maalim, who expressed appreciation to the president and the government of Djibouti for supporting IGAD in general and the Center in particular. He said the Center has drawn up a One Year Plan, to be followed by a Five Year Plan, which will be taken to the IGAD Council of Ministers for consideration.