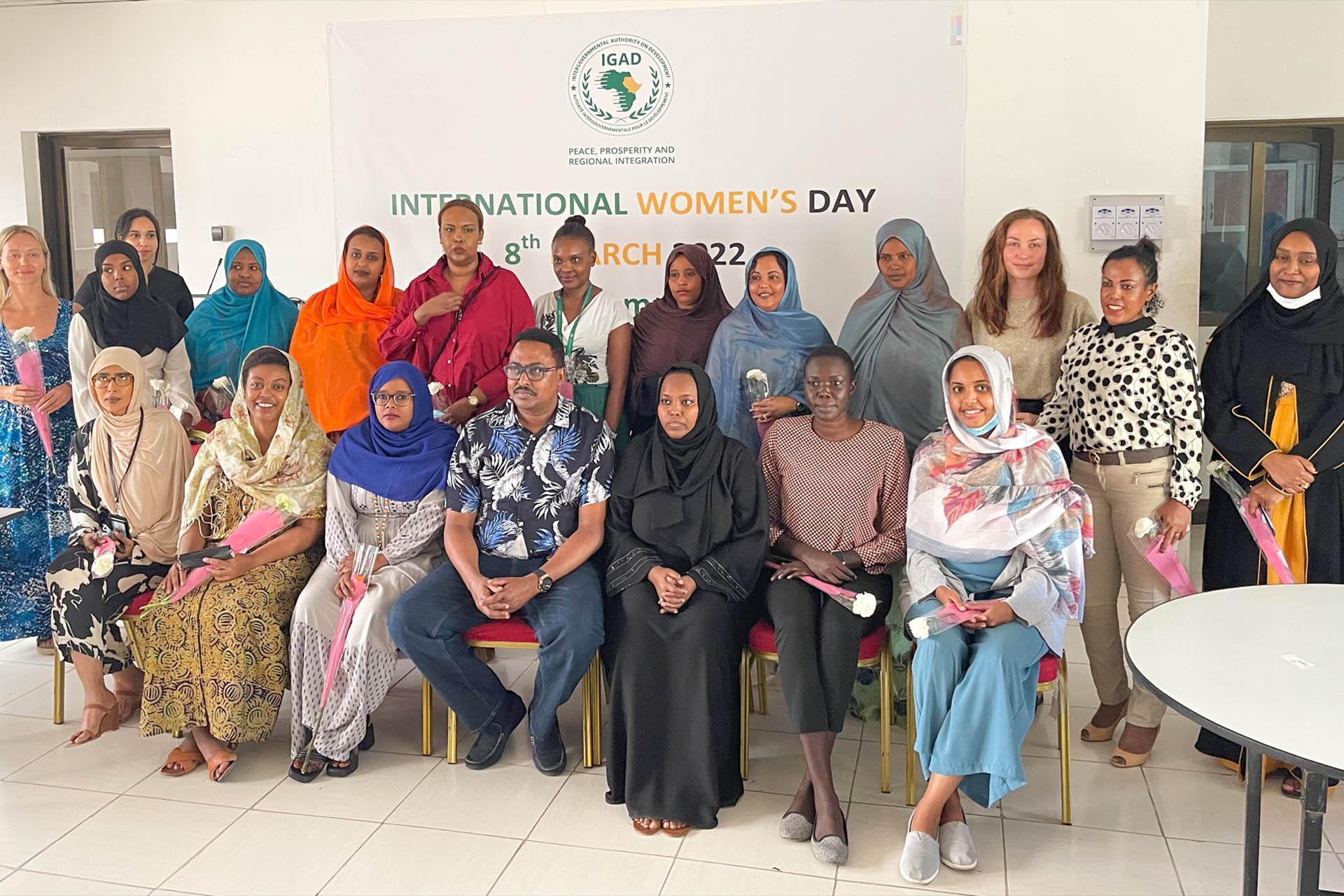 March 9, 2022 (DJIBOUTI, Djibouti/NAIROBI, Kenya): The Executive Secretary of the Intergovernmental Authority on Development, Dr Workneh Gebeyehu, yesterday joined IGAD member countries and the rest of the world in celebrating the International Women’s Day.

In a ceremony held at the Headquarters of the regional organisation in Djibouti, Dr Workneh addressed staff members gathered for the occasion and emphasised “the critical role played by women in society and in all aspects of life: personal and professional”. “We must ensure they don’t bear the brunt in times of crises and that they are in decision making positions for the benefit of all”, he continued.

The Executive Secretary also stated that “raising awareness of and vigorously advocating for women’s equality both in policy and practical terms remain a priority for IGAD”.

On the same day of March 8, in Nairobi, IGAD Agriculture and Environemnt Division in partnership with Land Coalition, Landesa, and We Effect held a function for the International Women’s Day with focus on secure women’s land rights in Africa. The event was also the opportunity for the the launch of the IGAD coffee table Book titled “Her Voice”. The overall theme for that celebration was “Break the Bias: Closing the Gender Gap on Land in Africa”.

Speaking at the opening, the Director of Agriculture and Environment Division, Mr Mohamed Moussa, said: “IGAD believes that it is through increasing women’s access to control over and ownership in land that gender equality and economic empowerment of women can be attained”. “In a bid to promote women’s land tenure security, IGAD works on several fronts to address the existing gender gaps through research, capacity building, and knowledge management”, he continued.

International Women’s Day is celebrated every year on March 8, and this year with a theme “Break the Bias,” calling on all people to act individually and collectively to eliminate attitudes and barriers that perpetuate gender inequality and continue to oppress women and girls.