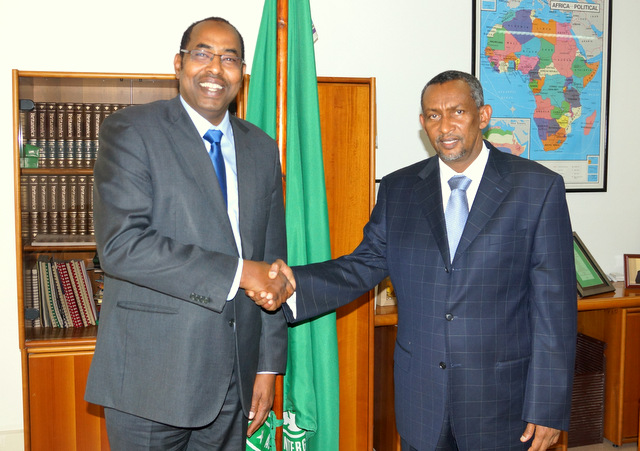 The Intergovernmental Authority on Development (IGAD) today announced that Ambassador Mohamed Abdi Affey as its special envoy to Somalia.

H.E. Ambassador Affey is a veteran parliamentarian and politician who was Kenya’s ambassador to Somalia in 2003, facilitated the Mbagathi Somalia peace process and led the Kenyan delegation that participated the inauguration of the Somali Government of president Abdulkassim Salat Hassan.

Welcoming the newly appointed envoy the Executive Secretary of IGAD, Ambasador Mahboub Maalim emphasized the critical significance of Ambassador Affey’s role in consolidating the peace in Somalia and wished him well in this important assignment.