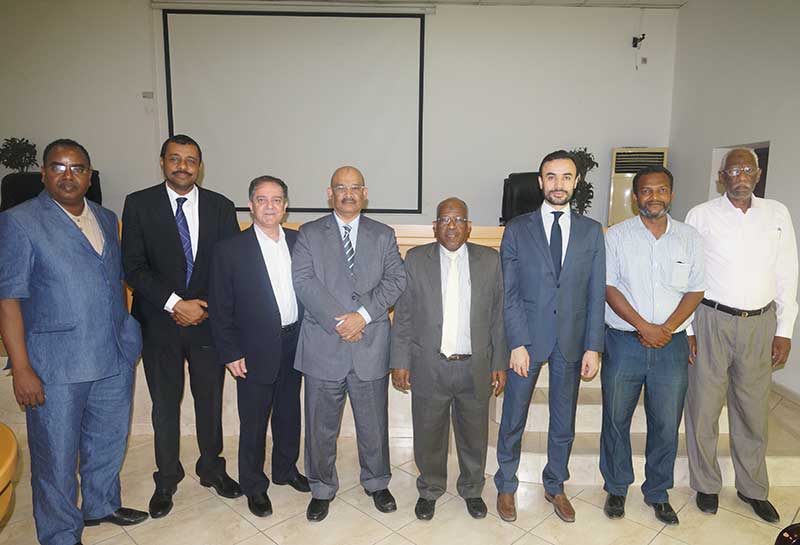 18-04-2017, Djibouti (Djibouti): A delegation of the Islamic Development Bank (IDB) led by Amb Ali Ibnabi Talib A Elgindi, Senior Cooperation Specialist, this morning started a two-day working visit to the Secretariat of the Intergovernmental Authority on Development (IGAD) in Djibouti where they were received by the Director of the Economic Cooperation and Social Development (ECSD) Division, Mr. Elsadig Abdalla, in his capacity as Acting Executive Secretary, along with staff.

This delegation made up of four senior staff members of the IDB was first received in the office of the Executive Secretary by Director Elsadig Abdalla, the Programme Manager of Natural Resources and Renewable Energy, Mr. Daher Elmi, and the Humanitarian Affairs Adviser, Mr. Farah Abdulsamad, in order to prepare for the meeting with the rest of the staff on a joint action plan aimed at supporting a Memorandum of Understanding to come.

Director Elsadig, speaking for the Executive Secretary of IGAD, welcomed the IDB delegation to the Secretariat. “I understand that this mission is following a visit to the Headquarters of IDB in Jeddah, Saudi Arabia, in February 2016 by a delegation led by our Executive Secretary. That is when we agreed to working on an MoU between our two institutions in order to formalize cooperation”, Director Elsadig said.

As highlighted by Amb Elgindi, an action plan is a pre-requisite for an MoU so as to be in a position to start tangible work as soon as the MoU is signed within the next couple of months hopefully. “We need to have an action plan that would operationalize our MoU to come and that is tangible and measurable”, he said.

The two parties then fine-tuned a work plan drafted by IGAD staff.