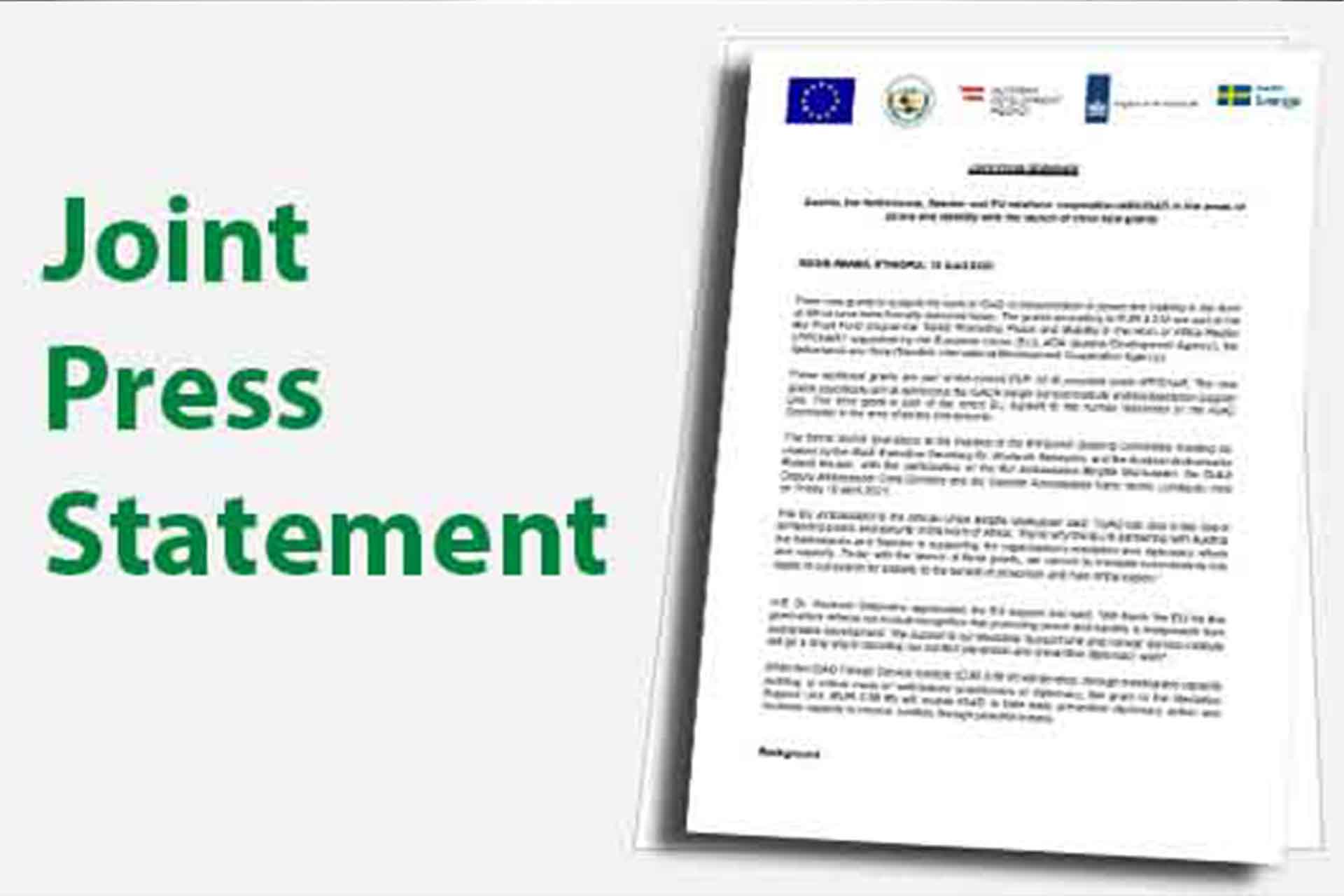 November 18, 2021 (NAIROBI, Kenya): Vulnerable communities in the IGAD region continue to experience a complex mix of re-enforcing shocks and stresses that are eroding their resilience to food and nutrition insecurity. As of October 2021, 26 million people were already facing high levels of food insecurity (IPC Phase 3+), according to the Food Security and Nutrition Working Group (FSNWG), which is co-chaired by the Inter-governmental Authority on Development (IGAD) and the Food and Agriculture Organization of the United Nations (FAO). Due to the threat of worsening drought conditions, food insecurity will likely rise during the first half of 2022 across the Horn of Africa. Urgent action is therefore required now to safeguard livelihoods, save lives, and prevent worsening malnutrition.

Moreover, as forecast by the IGAD Climate Prediction and Applications Centre (ICPAC), the start of the current October-December 2021 rainy season has been significantly delayed, with little to no rainfall observed to date in many areas, raising the probability of another poor season. Should this occur, agricultural and pastoral conditions will further deteriorate, causing households already struggling with the effects of multiple, concurrent hazards (climate variability, conflict, COVID-19, and desert locusts) to employ negative coping strategies and reduce their food consumption. This is a major source of concern as food insecurity in the region has historically increased sharply following consecutive poor rainfall seasons. For example, the 2011 famine in Somalia was preceded by two consecutive failed seasons while the 2017 drought emergency was the result of three to four below-average seasons.

IGAD Member States continue to work in collaboration with development partners to anticipate and respond to various food security threats and build the resilience of vulnerable communities to recurrent threats and crises. During the desert locust upsurge, for example, the unparalleled support of resource partners and multi-agency coordination averted USD 1.3 billion worth of cereal losses, meeting the cereal requirements of 29.1 million people. Desert locust livelihood recovery support continues for more than 200,000 households.

IGAD and FAO share a long-standing history of successful partnership and collaboration in building the region’s resilience in several areas, including but not limited to: livelihood support to strengthen resilience against droughts; food security information and analysis; early warning and disaster risk management; implementation of cross border actions in close collaboration with the respective communities, local and national authorities; conflict prevention; natural resource management; market access and trade; and capacity building; institutional strengthening and coordination through the IGAD Drought Disaster Resilience and Sustainability Initiative (IDDRSI).

Such resilience-building efforts have significantly improved the ability of households to withstand the impacts of shocks. However, the increased frequency of climatic hazards, combined with the effects of other stressors, is threatening these hard-won gains. It is, therefore, crucial to act now to protect these resilience gains and prevent more people from sliding into food and nutrition insecurity.

To do this, we must support farmers and herders who are experiencing the impacts of poor harvests, depleted food and animal feedstock, and rising food prices. More specifically, IGAD and FAO call for a scale-up of contributions to existing and future Humanitarian Response Plans (HRP) as the response remains grossly underfunded. Through rapid, collaborative action by all actors, we can safeguard the lives and livelihoods of communities currently bearing the worsening effects of the drought, while at the same time, protecting households’ longer-term resilience.