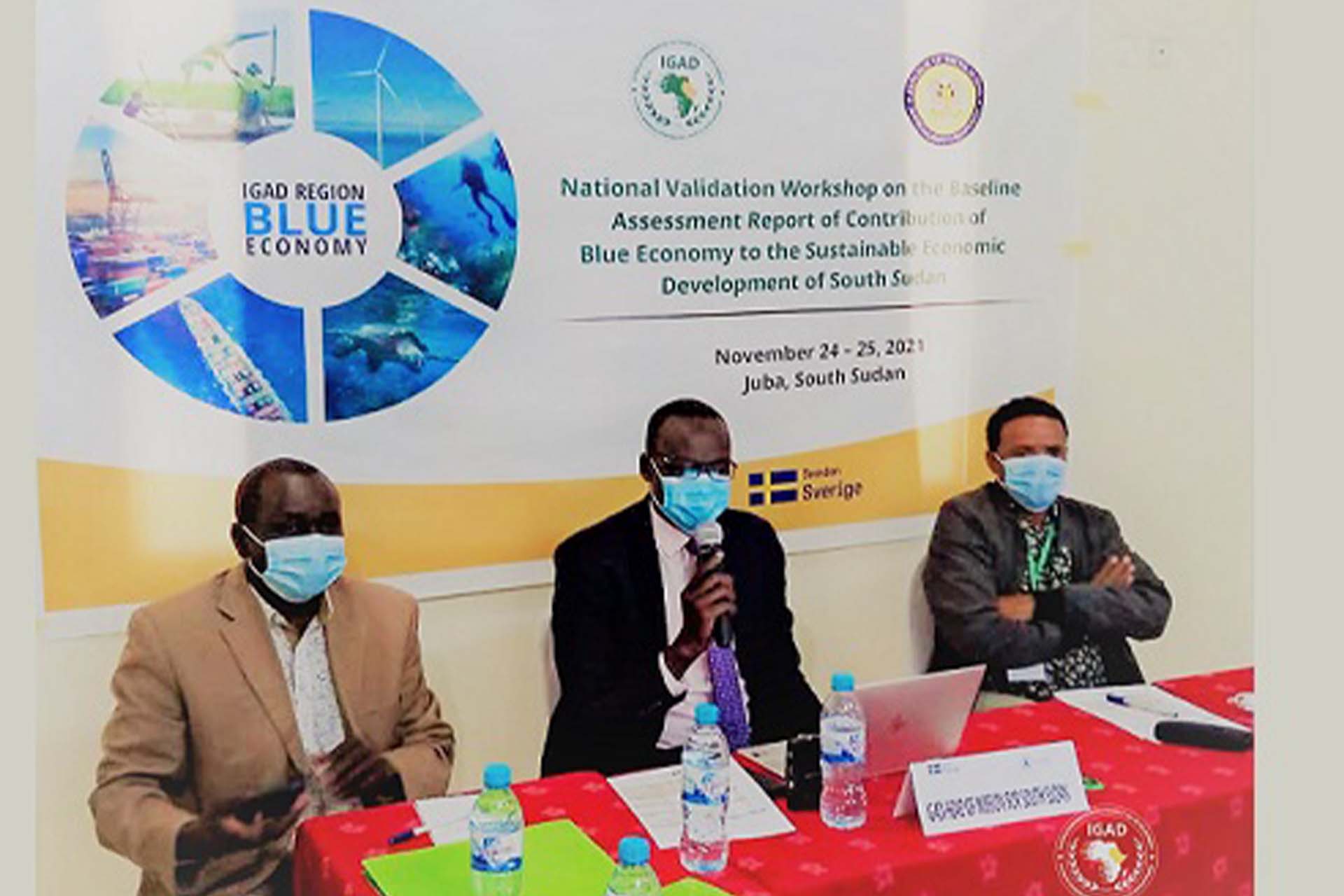 November 24, 2021 (JUBA, South Sudan): The Intergovernmental Authority on Development (IGAD) today inaugurated the National Validation Workshop on the Baseline Assessment Report of the Contribution of Blue Economy to the Sustainable Economic Development of South Sudan. 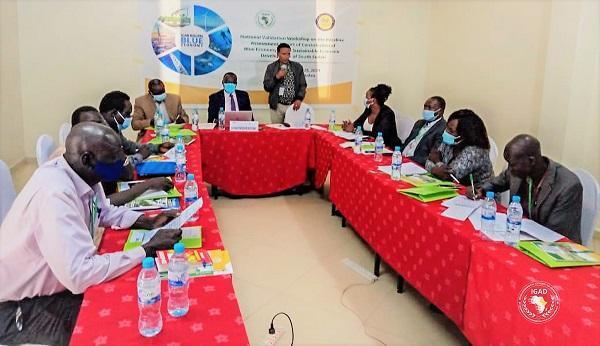 Representatives from various ministries and institutions active in the Blue Economy (BE) sector in the Federal Government of South Sudan are attending this two-day workshop:

The workshop will capture contributions from the different sectors of Blue Economy for the national economic development of South Sudan. The report will be updated through extensive group discussions and thorough review of the document. The updated baseline report will serve as an input to develop the National Blue Economy Strategy for South Sudan.

Speaking for the Executive Secretary, Dr. Aleu Garang, IGAD Head of Mission for South Sudan stressed that The “Blue Economy” is about the wise use of all water resources for sustainable economic development. He elaborated that Blue Economy in IGAD context is inclusive that addresses both Coastal and Inland countries. The definition of Blue Economy is adapted to the regional context.

Jackson Muso, DG Fisheries and Aquaculture Sector of the Government of South Sudan stressed on the importance of Blue Economy as an interdependence sector; because what would have been a waste from one sector can be turned into an engine for social economic prosperity of another sector; therefore meeting the national resilience agenda on food and nutrition security as the country implement its peace and stability agreement.Blue Economy is a cross-cutting sector, its potentials in South Sudan covers the Fisheries, Livestock, Wildlife, Conservation and Tourism, Water Resources, Agriculture, Environment, Forestry, Oil and Petroleum industry,

The above made South Sudan to have huge Blue Economy Resources potentials like its big rivers and wetlands. The Sudd is Africa’s largest wetland and one of the largest tropical wetlands in the world. The IUCN world heritage site gap assessment identified the Sudd-Sahelian Flooded Grasslands and Savannas eco-region, of which the Sudd is a part, as a key unrepresented ecological system globally.

The expected outputs of the workshop are:

The national Blue Economy baseline reports of the IGAD Member States were developed with financial support from the European Union. The national level validation workshops are supported by the Project “Enhancing Blue Economy in the IGAD Coastal Member States for Biodiversity Conservations and Livelihood diversification” funded by the Government of Sweden.