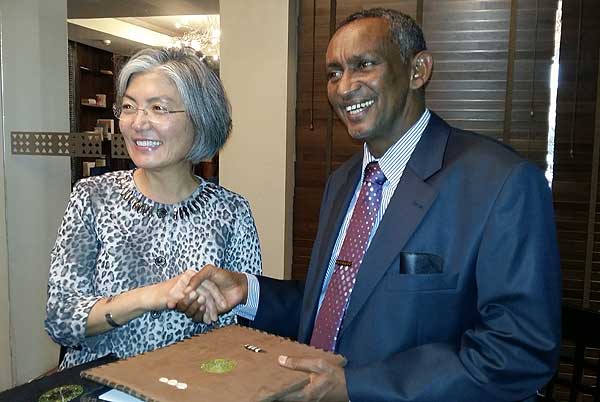 The Executive Secretary of IGAD has picked a team to spearhead cooperation with UN Office for the Coordination of Humanitarian Affairs (OCHA) in order to enhance collaboration between the two organisations in disaster preparedness, coordination of humanitarian aid, and advocacy for the protection of civilians affected by conflict and natural disasters.

This follows the agreement that was signed by Amb. (Eng) Maalim and Ms Kyung-wha Kang, the UN Assistant Secretary-General for Humanitarian Affairs and Deputy Emergency Relief Coordinator, during the IGAD Drought Resilience Summit in Kampala, Uganda in March 2014 and subsequent meeting in Nairobi in March 2015 in which they signed a Plan of Action to implement the Agreement.

The accord comes amid growing cooperation between the two organizations to enhance resilience efforts in the greater Horn of Africa, a region prone to recurrent drought and other natural and man-made disasters. In February 2015, IGAD and OCHA co-hosted a High Level meeting on South Sudan that raised in excess of $500 million towards humanitarian efforts in that country.

“We already enjoy a strong partnership with OCHA, and we intend to work much more closely on meeting the humanitarian challenges facing the people of this region. Working together, we can redouble our efforts towards ending drought emergencies in the greater Horn of Africa region through the Resilience Initiative,” said Ambassador Maalim . The UN and IGAD can play complementary roles, enhancing humanitarian operations and assisting people more quickly and effectively.”