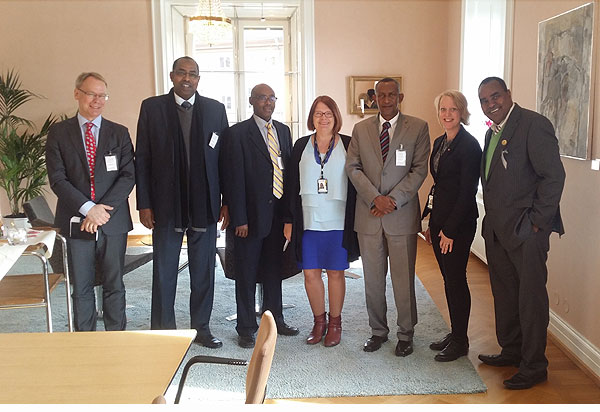 The Executive Secretary of IGAD, Ambassador Mahboub Maalim led a delegation including senior officials from Peace and security and capacity building coordinator in Sweden for an official visit.

The IGAD delegation met with the members of Foreign Standing Committee who also are members of the Association of European Parliamentarians with Africa (AWEPA).

The Executive Secretary discussed IGAD’s efforts to bring peace and reconciliation to South Sudan and Somalia as well as development issues in the region.

During the meeting, AWEPA members expressed their desire to support IGAD and praised regional economic activities.

AWEPA’s  partnership with the Horn of Africa parliaments has strengthened democracy in the region and kept Africa high on the political agenda in Europe. The Executive Secretary requested to facilitate African-European Parliamentary dialogue as strong parliaments lie at the heart of Africa’s long-term development which could serve as the arbiters of peace, stability and prosperity. IGAD and AWEPA partnership will strive and strengthen African parliaments and promote human dignity. 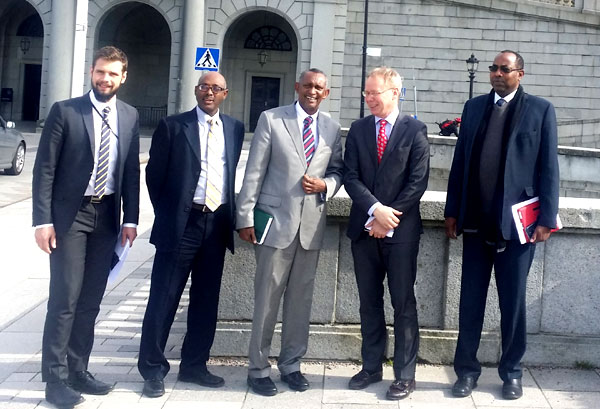