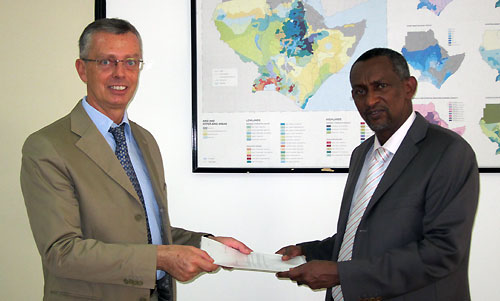 Executive Secretary of IGAD, Eng. Mahboub Maalim received in his office H.E. Ambassador Nicola Delcroix, the head of the Delegation of the European Union to Djibouti and Representative to IGAD. The Executive Secretary accepted a letter of credentials from the ambassador.

“I have every confidence that Mr. Delcroix will be able to carry forward and indeed deepen the already close relations that exist between IGAD and the European Union,” said in a statement Catherine Ashton, High Representative Vice President of the European Commission. 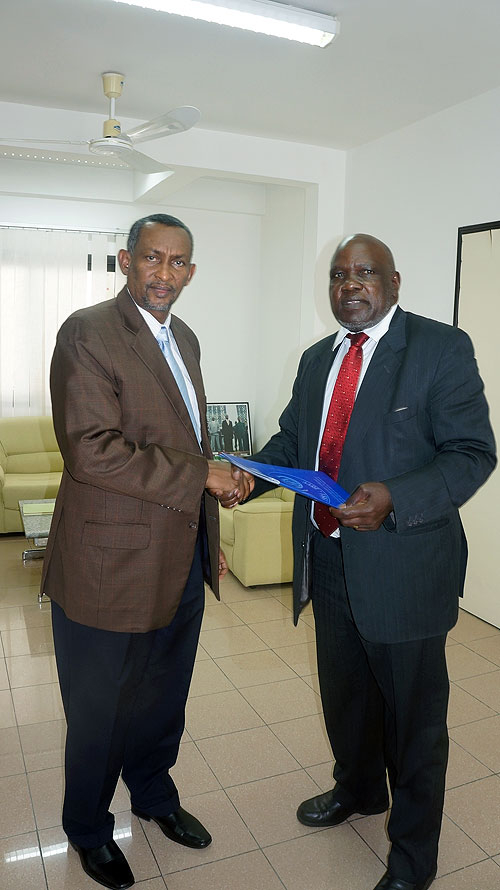