May 10, 2022 (Entebbe, Uganda): The Intergovernmental Authority on Development (IGAD) through its Health and Social Development Division in collaboration with the Government of Uganda today commenced its 10th National Coordination Mechanism for Migration (NCM) and National Dialogue on Forced Displacemnt in Entebbe, Uganda. 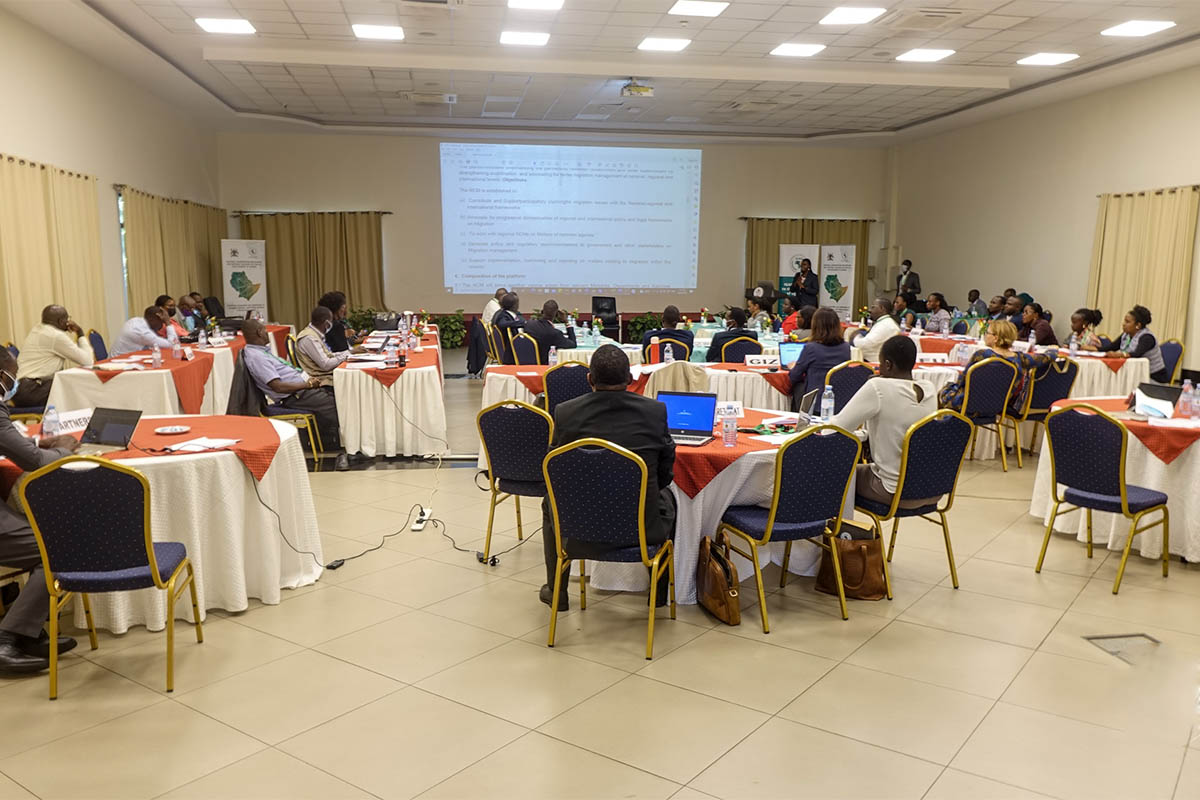 The four-day workshop brought together various stakeholders working on forced displacement including; representatives from IGAD, Uganda’s Department of Refugees, Ministry of Internal Affairs, Department of Disaster Preparedness and Management, National Planning Authority, the CRRF Secretariat, UNHCR, IOM, Government of Sweden, European Union (EU)  Government of Switzerland, Commissioner for Refugees/ NCM Chair and other humanitarian and development actors in the country.

Speaking during the opening, the IGAD Head of Mission to Uganda, Ms. Lucy Daxbacher highlighted that “The IGAD region hosts one of the highest concentrations of displaced persons in Africa. By the end of 2021, the IGAD region was home to around 4.8 million refugees and asylum-seekers and almost 10 million IDPs.

With about 1.5 million refugees and asylum seekers, the Pearl of Africa hosts the largest refugee population in Africa. In addition, Uganda faces some internal displacement due to disasters such as floodings and landslides”

She added that “the root causes of displacement are multi-faceted, context-specific and require different strategic responses by states, humanitarian, and development actors. To achieve durable solutions for displaced persons and affected populations, it is imperative that governments, humanitarian and development actors establish a more nuanced, evidence-informed understanding and dialogue on the root causes of displacement and the triggers and barriers to solutions”.

Ag Commissioner for Refugees/ NCM Chairperson Mr. Asiimwe Douglas in his opening remarks said that “Uganda is currently party to the 1951 Refugee Convention, the 1967 Refugee Protocol, the 1975 ILO migrant workers Convention, the 1989 Convention on the rights of the child, the 1990 UN migrant workers convention for the protection of migrant workers and their families.  And the country has made various strides to ensure that the state’s obligation under the above listed treaties are enforced and upheld.

At a regional level, Uganda has endorsed the AU migration policy and is in active implementation of the Migration policy framework for Africa and plan of action (2018 – 2030). There is also a Draft East African Free movement Labour Policy being formulated”.