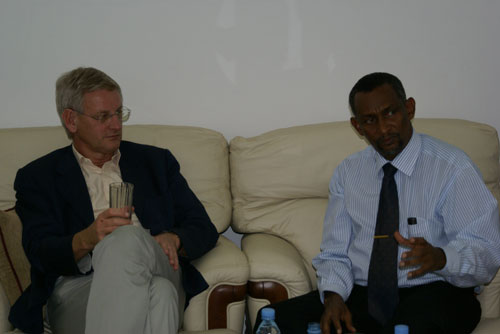 The Executive Secretary and the delegation discussed, among other things, the peace and security in the IGAD region as well as IGAD aspiration of economic integration.  The recent elections and the upcoming referendum of Sudan, the political situation in Somalia were also discussed.

H.E. Ambassador Anders Hegelberg, African Department of Sweden’s Ministry of Foreign Affairs and H.E. Ambassador Jens Odlander, the ambassador of Sweden to Ethiopia were among the delegation. 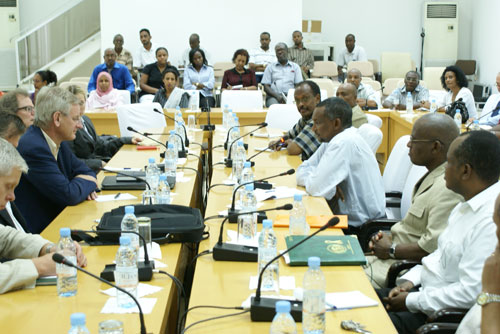 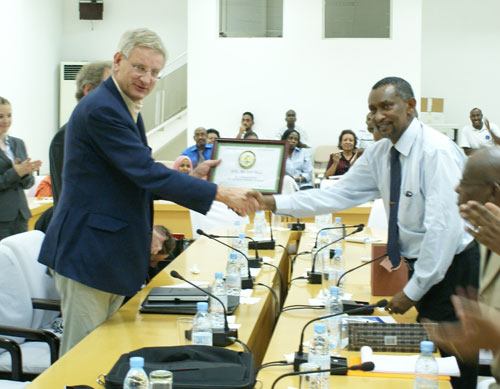