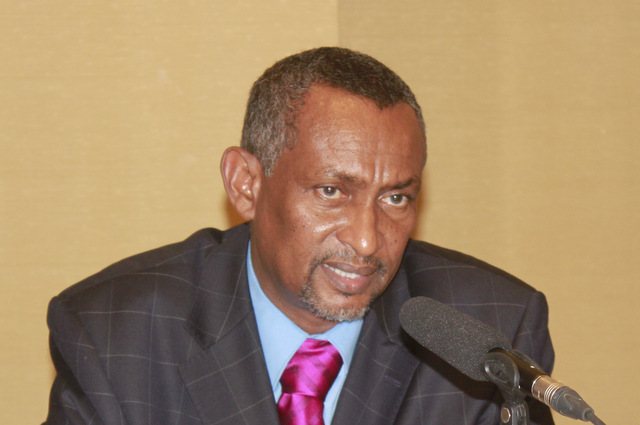 Following the successful neutralization of the terrorists at the Westgate Shopping Mall in Nairobi this morning, the IGAD Executive Secretary wishes to congratulate H.E. Uhuru Kenyatta, the President of the Republic of Kenya and the Commander-in-Chief of the Kenya Defence Forces (KDF) for handling the unfortunate, tragic situation in the most professional and delicate manner it deserved.  Amb. Mahboub Maalim salutes the gallant men and women of the Kenyan security agencies whose colleagues paid the ultimate price while confronting the terrorists.

The IGAD Executive Secretary brings a message of regional solidarity from the people and the Member States of IGAD as their Kenyan brothers and sisters mourn over the loss of innocent, precious lives and nurse wounds inflicted by the cowardly heinous act of terror. “I personally commend the brave officers who took part in the multi-agency operation to crush the terrorists and bring the situation back to normalcy,” he adds, praising the outpouring generosity and unity demonstrated by Kenyans of all walks of life.

Amb. Mahboub, who is currently on an official mission in New York, further states that this regrettable event reaffirms the commitment of the eight-member regional organization and the international community to work together to stem out the menace of terror in the region as a whole and Somalia in particular.

“These terrorists shall neither discourage IGAD and the Member States in their collective efforts in Somalia nor intimidate AMISOM forces into pulling out of Somalia until total peace and stability has been achieved,” reiterates the IGAD Chief Executive Officer.

Recalling that IGAD has developed the Regional Mutual Legal Assistance and Extradition Conventions that are ready for ratification and domestication, the Executive Secretary pointed out that his organization shall continue to support the development of harmonized regional migration and counter terrorism policy frameworks to make the entire region uninhabitable for the spineless cowards. Furthermore, IGAD is also assisting Member States in capacity building with regional training curricula in areas of migration, transnational organized crimes including terrorism, human trafficking and smuggling, as well as cyber-crime and money laundering.

Through His Excellency the President, IGAD further commends AMISOM that includes KDF and other contributing national forces for liberating and bringing stability to many areas of Somalia. The regional organization appeals to the international community to support Kenya at this hour of need, as well as backing regional efforts to fight all forms of terror.