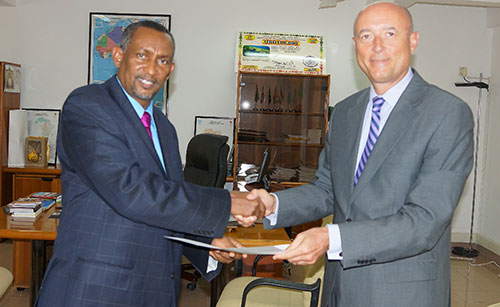 The Executive Secretary of IGAD, Amb. (Eng) Mahboub Maalim received credentials from H.E. Ambassador Joseph Silva, the head of the European Delegation to Djibouti, who is also in charge of IGAD.

The officials discussed about the support of the EU to IGAD’s programs and called for greater cooperation.