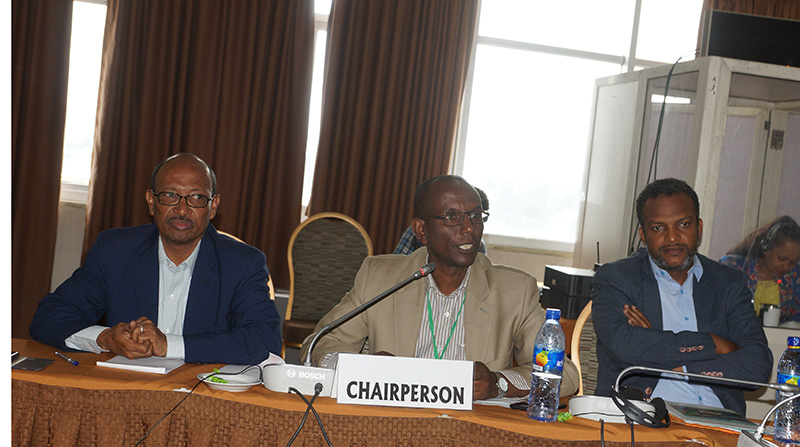 JPA/JFA aims at creating a single, coherent and predictable mechanism for enhanced coordination, regular dialogue and harmonization of partners’ support in the spirit of Paris Declaration, Accra Agenda for Action and Bussan Declaration.

In the opening remarks, the Executive Secretary of IGAD, His Excellency Amb (Eng) Mahboub Maalim commended the development partners for their support over the years towards the attainment of a secure, peaceful and developed IGAD region.

“ We are committed to our partners and Member States and take priority of all our initiatives and plans to be implemented on time and for the benefit of the people within the IGAD Member States and those that can benefit from us around the region” stated H.E Amb. Mahboub Maalim.

He went on to declare that due to the continued support and partnerships with the various partners, IGAD has attained tremendous achievements that have geared the IGAD Secretariat and its Specialized Institutions towards being a strengthened Regional Economic Community, that is strategically recognized in contributing to economic development and peace and security in the Horn of Africa.

Co-chairs Mr. Ruben Alba Aguilera, Secondary Secretary at the European Union Delegation to the African Union, and Mr. Peter Lassen, Counsellor at the Danish Embassy commended IGAD for its continuous commitment to work together with partners in order to achieve the set targets in key areas like institutional strengthening, capacity building and development and peace and security.

The meeting discussed on progress made in implementation of both the ISAP III and Peace and Security work plans, and budgets between January – June 2016 highlighting on the key results, recommendations, challenges, lessons learnt as well as projections on priorities for the remaining year of July – December 2016.