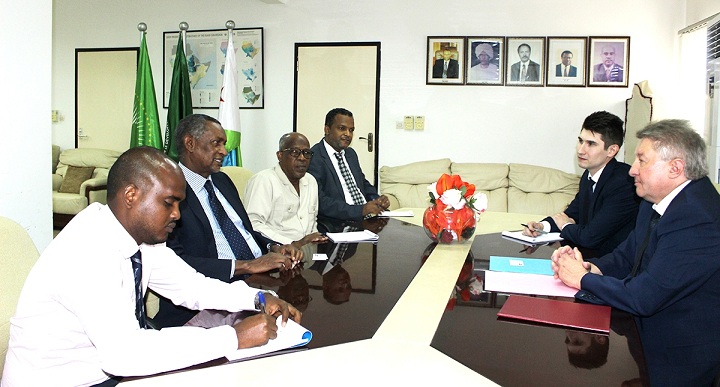 16-08-2019, DJIBOUTI (Djibouti): The Executive Secretary of the Intergovernmental Authority on Development (IGAD), HE Amb. (Eng.) Mahboub Maalim, yesterday received credential letters from Ambassador of Russia to Djibouti accredited to IGAD, HE Mr. Mikhail Golovanov, in his office at the Secretariat of the reginal organisation.

Upon welcoming the incoming Ambassador, the Executive Secretary highlighted potential areas of cooperation between the regional organisation and Russia. He noted that management of natural resources, energy including, would be one major of cooperation followed by economic and infrastructure development and combatting violent extremism.