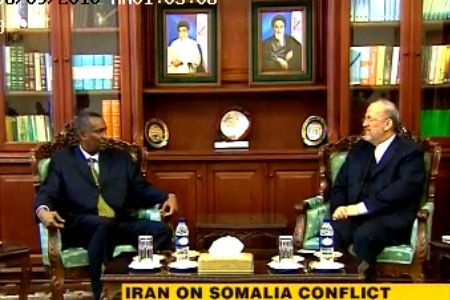 During the meeting, held in Tehran on Sunday, August 8, 2010, the two sides explored ways to help Somalia resolve the existing crisis and restore peace, security and tranquility in the country.

Mottaki lauded the efforts made by IGAD to solve the problem, and stated, “The Era of crisis, insecurity, war and instability of the Somali people as a historical and influential nation in eastern Africa should come to an end.”

He noted that further institutionalization of IGAD’s efforts and regional countries’ commitment can open a way out of the present crisis.

The Iranian minister added that the Somali people should take control of their country’s affairs and management.

During the meeting, Ma’alim hailed Iran’s goodwill efforts to help resolve Somalia’s problems, and said, “We attach much value to the goodwill efforts of the Islamic Republic of Iran in utilizing its valuable experiences and high capacities for helping the IGAD region.”