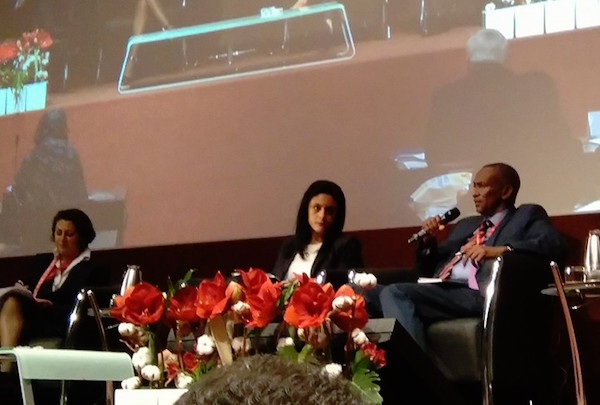 Nairobi, 23 June, 2015: The Intergovernmental Authority on Development (IGAD) on Monday commended Kenyan President Uhuru Kenyatta for lifting a ban on remittance companies that was imposed by the Central Bank of Kenya in March 2015.

“This is a bold move by the President who has in mind the interest of not only Kenyans but the wider region at large. The action of the President will go a long way in alleviating poverty and building resilient communities, not to mention expanding economic opportunities”, said Ambassador Mahboub Maalim, the Executive Secretary of IGAD.

Ambassador Maalim also stated that the Government of Kenya had been very consistent in its protection of flow of remittances to those who need it most, including refugee population on its soil. He further noted that the government of Kenya had not only been timely in its decision, especially given that expanding economic opportunities are part and parcel of Vision 2030 of Kenya, but also encouraged diaspora engagement in the IGAD region. The Executive Secretary also appealed to Western governments and banks to continue providing services to Money Transfer Operators (MTOs) with a view to helping the region alleviate  poverty and by extension reduce insecurity.

IGAD plans on hosting a regional meeting on the sidelines of the Third International Conference on Financing for Development that will take place in Ethiopia from 13 to 16 July, 2015. The IGAD event will bring together Finance Ministers from Member States with the objective of reviewing linkages between remittances and household food security in IGAD Member Countries with a view to formulating appropriate policies that enhance remittances contribution to local, national and regional development.

Experts of this roundtable discussion will also assess the impact that banking legislations in the Unites States, the United Kingdom and Australia have had on Money Transfer Operators (MTOs) or remittance companies, positing challenges to access banking services.