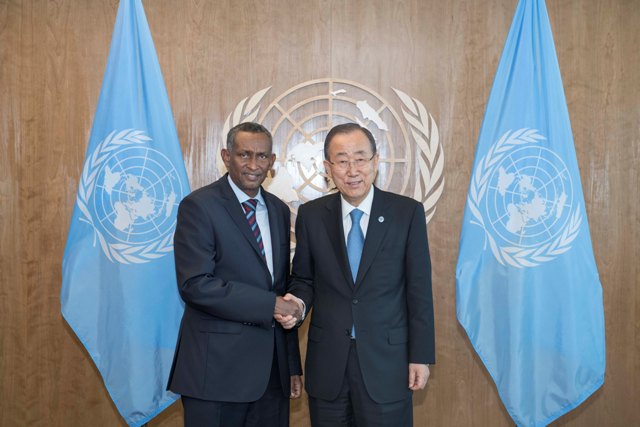 On Saturday September 24, 2016, the Executive Secretary of IGAD, His Excellency Amb (Eng) Mahboub Maalim met with the Secretary-General of the United Nations, His Excellency Ban Ki-Moon on the sidelines of the UN General Assembly in New York.

During the meeting, the UN Secretary General commended IGAD for the key role it plays in regional peace and democratic governance – in particular hailing IGAD’s role in the South Sudan peace process and state-building role in Somalia.

On his part, the IGAD Executive Secretary thanked the UN Secretary-General for the meeting and for his tireless efforts seeking peace in the region and for UN’s role in providing assistance.

H.E Amb Mahboub also welcomed continued collaboration between IGAD and the UN in areas of peace-making, peace-keeping and humanitarian action.