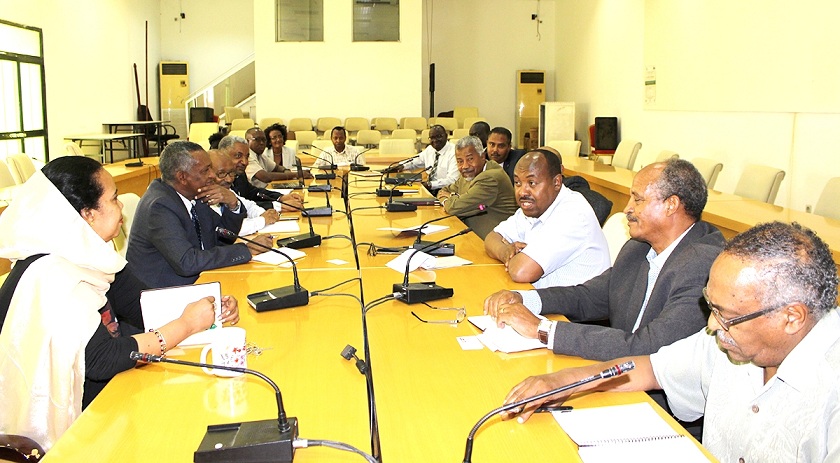 10 March 2019, DJIBOUTI, Djibouti: The Executive Secretary of the Intergovernmental Authority on Development (IGAD), H.E. Amb (Eng) Mahboub Maalim, this morning received the Secretary General of the Inter-Parliamentary Union of IGAD Member States based in Addis Ababa, H.E. Mohamed Adam Mohamed Ismael, in his office at the Secretariat of the regional organisation.

“The collaboration between the Executive and the Legislative arms of IGAD is of paramount importance for the fulfilment of our mandates”, the Executive Secretary said.

Secretary General Mohamed highlighted the two bodies’ “similarities in visions and objectives” “to serve the people of the IGAD region to attain peace, security, economic development and integration”. He added that “attainment of those objectives and visions” required both “the executive and legislative processes to work hand in hand”.

The same day, a delegation led by Ambassador Mohamoud Mohamed Dirir, Advisor to the Minister of Foreign Affairs of Ethiopia, came to the Secretariat to meet the Executive Secretary along with his Directors and senior staff members. “The essence of our visit is to inform the ongoing reviewing process of our foreign policy”, Amb Dirir said. He also highlighted that similar delegations were sent to countries in the region.