Technical and Financial Cooperation agreements between the Government of the Federal Republic of Germany represented by H.E. the Ambassador, Dr. Volker Berresheim, and IGAD Executive Secretary represented by Mr. Mohamed Moussa, Director of Agriculture and Environment are signed on 27th November 2017, at the IGAD Secretariat.

The Technical Cooperation framework is on the project strengthening the capacities of IGAD and its Member Countries to support regional migration policies in the Horn of Africa and
The Government of the Federal Republic of Germany, through GIZ, totaling up to 10,000,000 Euros (ten million euros) in the form of personnel, inputs and, where appropriate financial contributions.

The Financial Cooperation is a support by the Federal Government of Germany, through KfW, to the project Regional Migration Fund Supporting Migrants, Refugees and Host communities in the Horn of Africa. The support is up to 20,000,000 euros (twenty million euros). 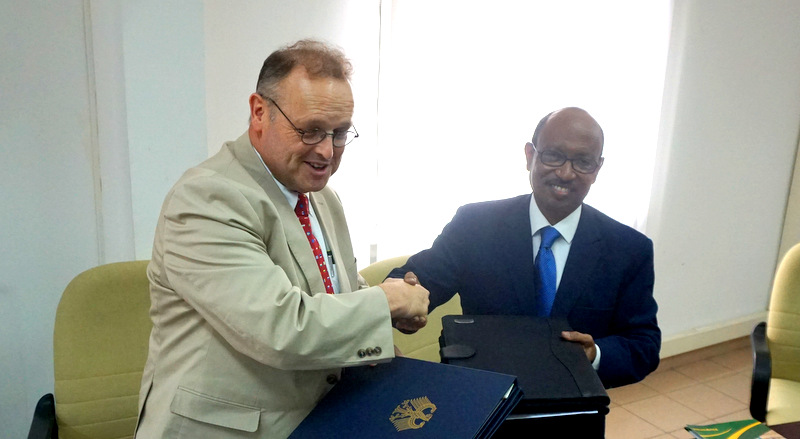