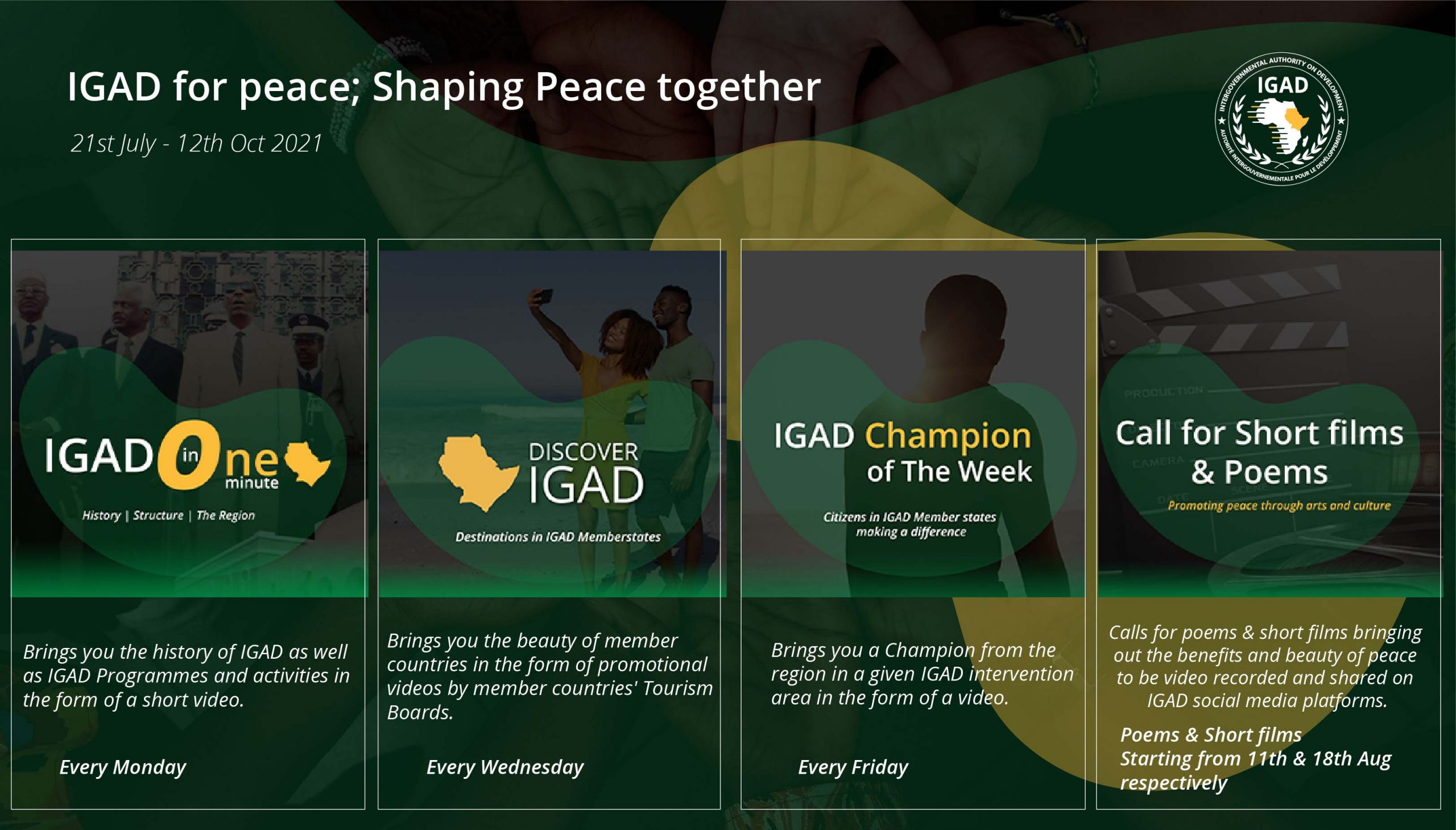 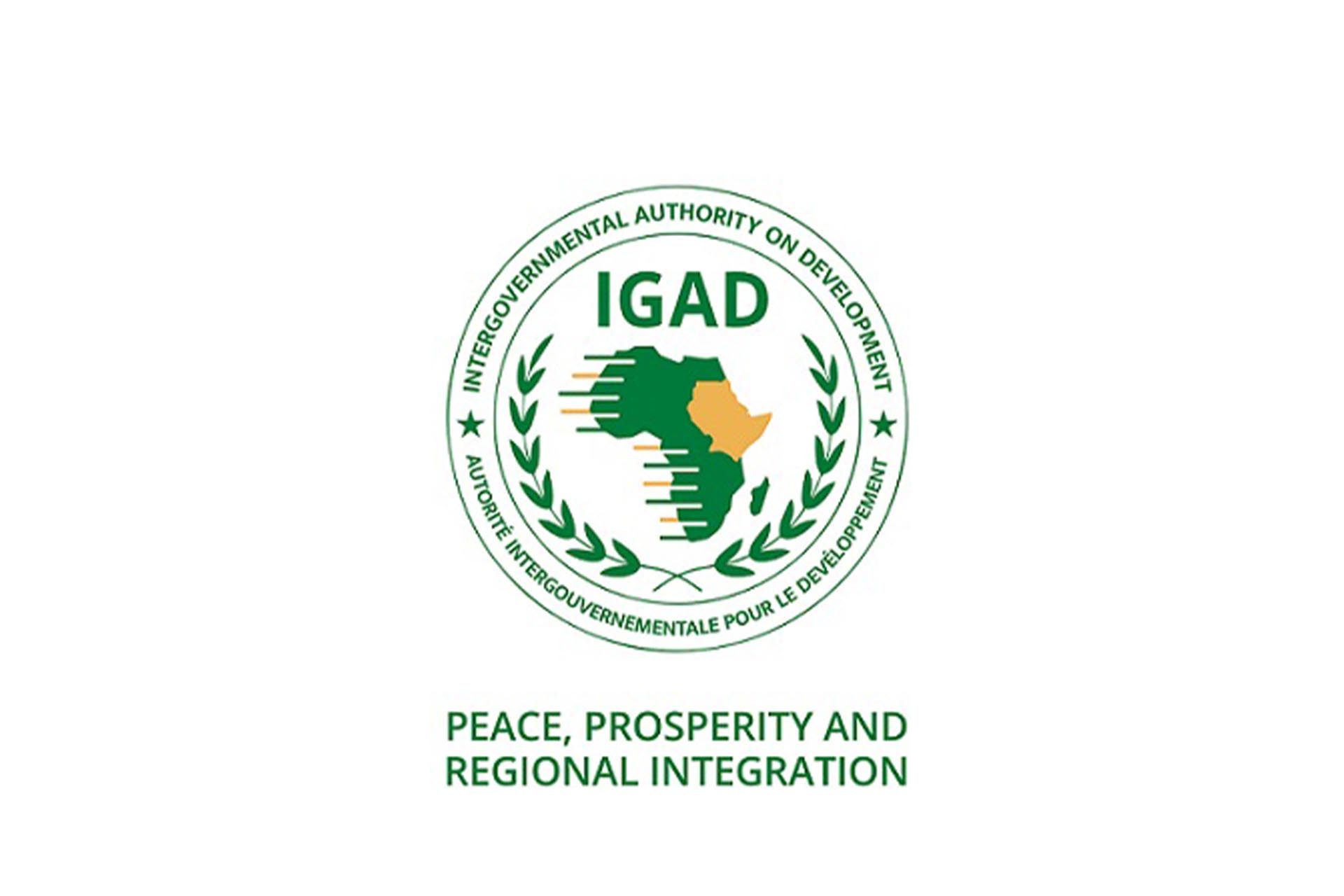 IGAD Launches #IGADForPeace Campaign To Run The Next 11 Weeks 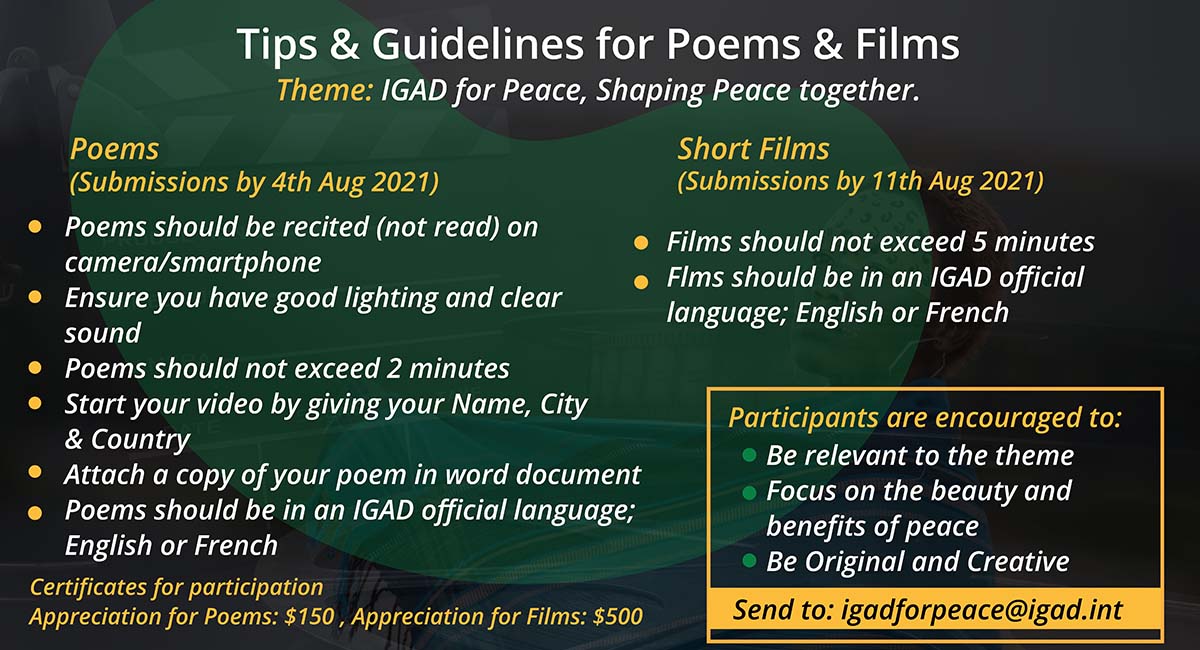 Background
The IGAD region is a very dynamic region where tensions between countries and armed conflicts within countries are reported in large swathes in traditional and digital media, thus making the region known for its peace deficit. September 21 is International Peace Day and this campaign is meant to pave the way for a webinar on that day. The webinar, entitled #IGADFor Peace, Shaping Peace together, will constitute the climax of the Campaign. A large component of the communications campaign spearheaded by the Comms Unit at the Secretariat relies on utilising social media. Through visual content, from award-winning poems and short films to promotional audio-visual items promoting IGAD Programmes and Projects, IGAD champions in the various IGAD intervention areas, and member countries tourism potential, the campaign cultivates a diverse audience.

Campaign highlights
The campaign highlights 5 areas:
● #IGADin1Minute is a short video programme of the history of IGAD in 3 episodes, as well as shortened pieces of videos produced by IGAD Programmes and Projects in their respective areas;
● #IGADChampionOfTheWeek is to showcase grassroots participation and involvement in the IGAD Programmes and Projects;
● #DiscoverIGAD is short videos emanating from member countries Tourism Boards aimed at promoting the region as a tourism destination;
● #IGADPeacePoems is a call for short poems to be shared by our followers of our social media platforms. These poems are to bring out the beauty and benefits of peace; and
● #IGADPeaceFilms is a call for short films along the same lines as the peace poems.

Objective
By engaging with audiences, the campaign is meant to publicise efforts by the regional organisation in promoting peace (directly or indirectly) through a variety of programmes and projects as well as selling a positive image of member states and peace loving citizens.
Core Audience
The core audience target is the youth of the IGAD region between 18 and 35 active on social media platforms.

The IGAD International Peace Day Webinar
Will be held on September 21 or during that week and will constitute the climax of the campaign. The aim is to highlight the aspects contributing to promotion of peace in the Programmes and Projects run by IGAD. Participants will be drawn from IGAD programmes and Projects, the Champions, the peace poems and peace films laureates.