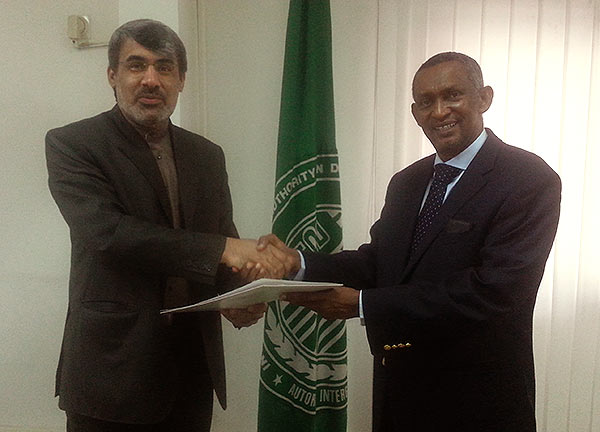 The Executive Secretary of IGAD, Amb. Mahboub Maalim, received at his office the credentials of the Ambassador of the Islamic Republic of Iran to Ethiopia, representative of the Islamic Republic of Iran to  African Union and IGAD, Mr Ali Bahreini. Present was the Directors of Agriculture and Environment, Mr. Mohamed Mousa, Director of Economics and Social Development, Mr. Elsadig Abdalla, and Mr. Daniel Yifru, of the Peace and Security Division.

Both sides discussed the relationship between the Islamic Republic of Iran and the IGAD countries and the ancient history between them.

The Executive Secretary noted the importance of the diplomatic relationship between Iran and the Member States of IGAD and opportunities of cooperation in various areas including peace and security, health and agriculture. 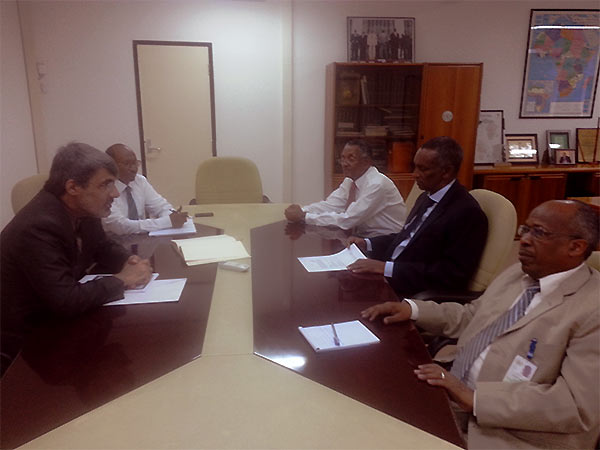