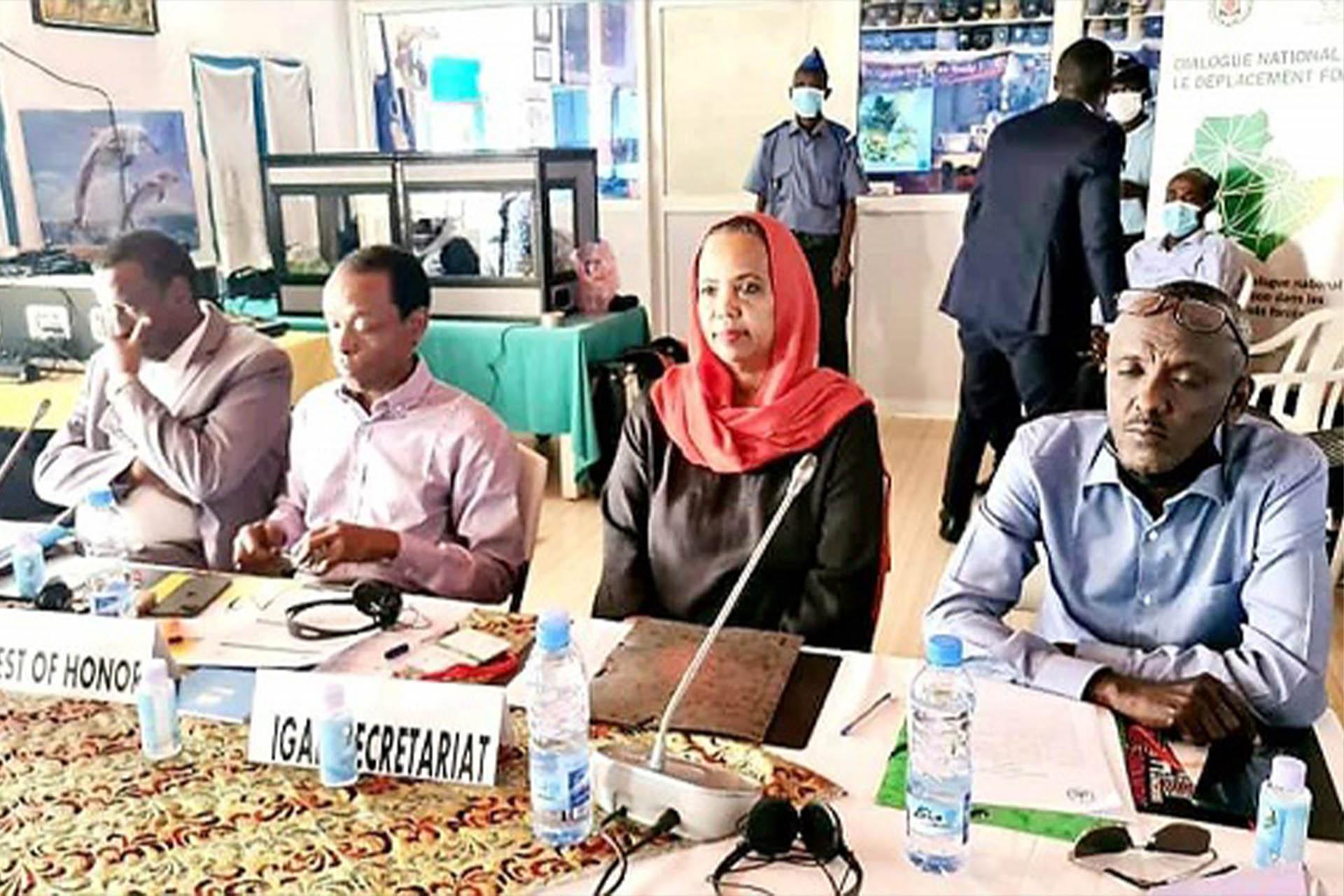 The meeting was presided over by the Secretary General of the Ministry of the Interior, Mr. Siraj Omar Abdoulkader, with opening remarks from the Prefect of Tadjourah Mr Hassan Dabaleh, the Director of IGAD Health & Social Development Division, Ms Fathia A. Alwan, the UNHCR’s Head of Field Office in Djibouti, Mr. Moustapha Mohamed Abdo and the Executive Secretary of ONARS Mr. Houssein Hassan Darar. 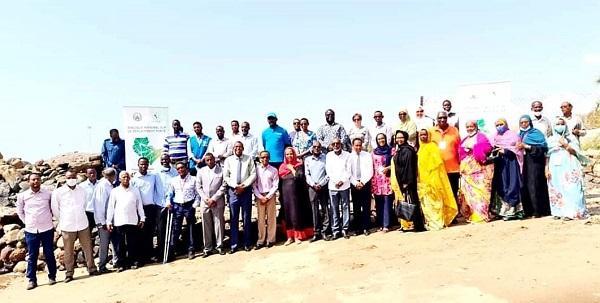 Participants were drawn from the Ministry of Interior, Ministry of Foreign Affairs, Ministry of Health, Ministry of National Education and Vocational Training, Ministry of Social Affairs and Solidarity, Ministry of Labor in charge of Formalization and Social Protection, Ministry of Environment and Sustainable Development, Ministry of Higher Education, National Office in Assistance of Refugees and Disaster Victims (ONARS), the National Police, the prefectures of the 5 regions, a representative of the Chamber of Commerce, UNHCR, ADDS, UNICEF and UNFD.

The IGAD Regional Secretariat, through its Regional Migration Policy Framework (RMPF) aims to strengthen the capacity of Member States to respond effectively to migration and forced displacement in the Horn of Africa. IGAD has spearheaded several initiatives to promote the regional implementation of the Global Compact for Refugees and the Comprehensive Response Framework for Refugees (CRRF) through the Nairobi Declaration and its National Action Plan (NAP). An essential element of the regional approach is to identify key sectors accompanied by a series of actions and a set of national and regional thematic forums to share experiences and best practices.

This national dialogue brought together stakeholders to discuss and reflect on situations of forced displacement and promote the protection of refugees and asylum seekers as part of the broader migration movement in Djibouti. The government of Djibouti also used the opportunity to update stakeholders on their progress in the implementation of Djibouti’s global commitments (Global Compact on Refugees, Global Refugee Forum (GRF) and CRRF) and regional commitments on forced displacement (Nairobi process).

In her opening remarks, Ms Alwan applauded the progress that Djibouti has made in the inclusion agenda and reiterated IGAD’s commitment to supporting the relevant agencies in addressing issues on forced displacement and in realizing its CRRF/GRF commitments. From the Ministry of Interior, Mr. Siraj Omar Abdoulkader and Mr. Houssein Hassan Darar echoed similar sentiments on progress and appreciated IGAD’s efforts in empowering agencies and strengthening the government’s coordination efforts between national regional and global refugee management initiatives.

At the end of the dialogue, participants committed to following up on the following recommendations;